The ability of reanalyses to reproduce the seasonal variations of precipitation and temperature over the United States during summer, when model forecasts have characteristically weak forecast skill, is assessed. Precipitation variations are reproduced well over much of the United States, especially in the Northwest, where ENSO contributes to the large-scale circulation. Some significant biases in the seasonal mean do exist. The weakest regions are the Midwest and Southeast, where land–atmosphere interactions strongly affect the physical parameterizations in the forecast model. In particular, the variance of the Modern-Era Retrospective Analysis for Research and Applications (MERRA) is lower than observed (extreme seasonal averages are weak), and the variability of the Interim ECMWF Re-Analysis (ERA-Interim) is affected by spurious low-frequency trends. Surface temperature is generally robust among the reanalyses examined, though; reanalyses that assimilate near-surface observations have distinct advantages. Observations and forecast error from MERRA are used to assess the reanalysis uncertainty across U.S. regions. These data help to show where the reanalysis is realistically replicating physical processes, and they provide guidance on the quality of the data and needs for further development. 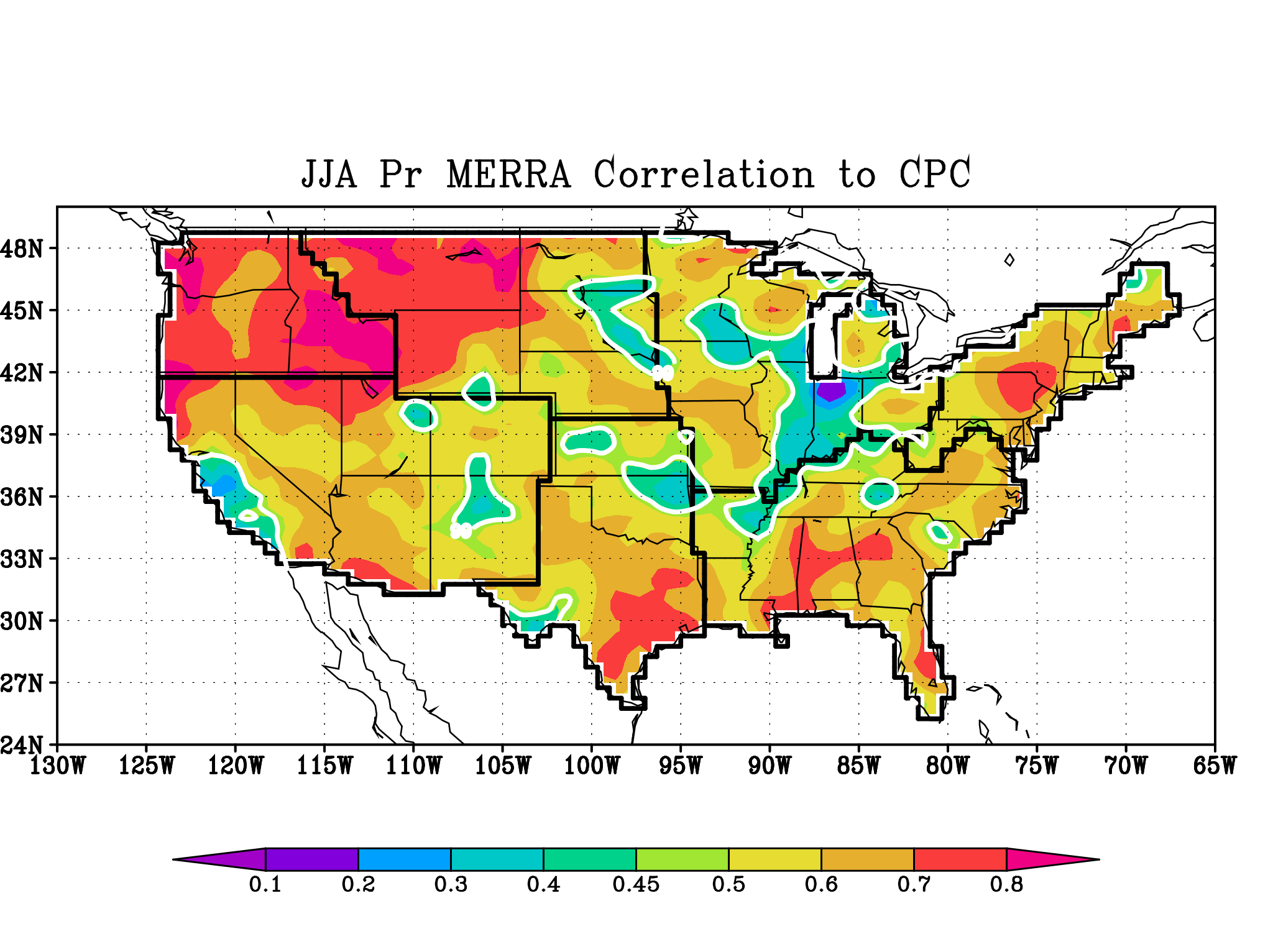